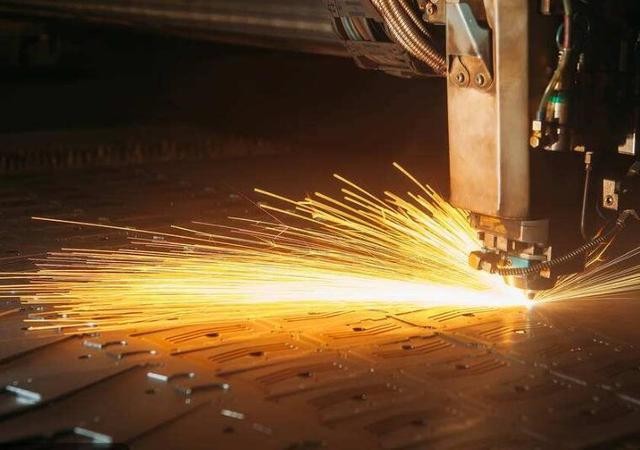 At this time, the heat input by the beam far exceeds the partial heat reflected, conducted or diffused by the material, and the material is quickly heated to the melting and vaporization temperature.

At the same time, a high-speed air flow blows out the melted and vaporized material from the coaxial or non coaxial side to form a hole for material cutting.

In recent years, laser cutting technology is developing at an unprecedented speed, with an annual growth rate of 15% ~ 20%. Since 1985, China has been growing at an annual rate of nearly 25%.

So, what are the problems often encountered by laser cutting machine in the actual cutting process?

1. The laser cutting machine has no reaction after starting up

2. The light output of the machine after running for a period of time is very weak

Only when the water circulation is smooth can the heat of the laser cutting machine be dissipated as much as possible, improve the energy conversion of the laser equipment, and finally achieve the focus of the light source.

We know that when laser cutting thin plate carbon steel, normally, the spark beam is long and flat, and there are few forks, while abnormal sparks will affect the smoothness and machining quality of the cutting surface of the workpiece. At this time, when other parameters are normal, the loss of the laser head nozzle should be considered. If the problem exists, the nozzle should be replaced in time.

4. Machining round hole or linear deformation

At the same time, this step can also find the abnormal problem of looseness in the mechanical structure. After excluding the possibility of software and machinery, we should think about whether the laser energy is too high, which causes the non processing area to be affected. Observe whether the cutting edge of the machined part melts. The normal machining edge should be smooth and flat.

In this case, we should appropriately reduce the laser power or frequency parameters to solve the problem. There is also a relatively uncommon problem. Such problems can also be caused by the deformation of the focusing mirror in the laser head. It can be judged by observing whether the beam of the laser hair is concentrated and whether the center of the circle is concentric.

The workpiece often has burrs. We should give priority to the factors causing burrs during cutting operation, and we can't blindly speed up the cutting speed, because blindly increasing the speed will easily lead to the situation that the plate is not cut through in the actual cutting process, which is particularly prominent in the processing of aluminum zinc coated plate. At this time, other factors of the machine tool should be comprehensively considered, such as whether the nozzle should be replaced, the movement of the guide rail is unstable, etc.

Causes of such problems: check whether the selection of laser nozzle matches the thickness of processed plate, and replace the nozzle or process plate. To detect whether the linear speed of laser cutting is too fast, it is necessary to control and reduce the linear speed according to the actual plate conditions.