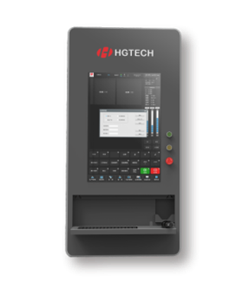 For the purpose of laser cutting, except for YAG solid-state laser in a few occasions, CO2 gas laser with high electro-optical conversion efficiency and high power output is mostly used. Because laser cutting requires high beam quality, not all lasers can be used for cutting.

It is composed of three parts, namely worktable (generally precision machine tool), beam transmission system (sometimes called external optical path, that is, the optical and mechanical components of beam transmission in the whole optical path before the beam emitted by the laser reaches the workpiece) and microcomputer numerical control system. According to the relative movement mode between the cutting cabinet and the workbench, it can be divided into the following three types:

2) In the cutting process, only the beam (cutting torch) moves and the worktable does not move.

3) In the cutting process, only the workbench moves, while the beam (cutting torch) is fixed.

In industrial production, we sometimes encounter the problem of cutting three-dimensional components, while the general two-axis and three-axis laser cutting machines can only cut two-dimensional plane workpieces, which requires a cutting machine equipped with manipulator, namely five axis machine.

Over the years, foreign countries have developed a laser punching machine integrating laser cutting and mechanical punching technology. This machine uses mechanical die to punch out the inner hole of workpieces with complex shape, and then uses laser cutting method to cut out the outer edge and lines requiring long-distance cutting.

There are many factors affecting the quality of laser cutting. An important advantage of laser cutting is that it can highly control the main factors in the process, so that the cut workpiece can fully meet the requirements of customers and has good repeatability. These main factors are composed of cutting speed, focus position, auxiliary gas pressure, laser output power and other process parameters.

In addition to the above four most important variables, the factors that may affect the cutting quality include beam parameters (mode and power, polarization of laser beam, focusing of laser beam, pulse wave beam) and workpiece characteristics (material surface reflectivity, material surface state), as well as cutting torch and nozzle, external light path system, workpiece fixation and other factors.