Two Sessions | "Evolution" of Laser Equipment of HGTECH Based on the Proposal of Ma Xinqiang, the NPC Deputy
2021-03-231137
Share

In 2021, the National Two Sessions kicked off. Ma Xinqiang, deputy of the 13th National People's Congress and chairman of HGTECH, proposed in this year's motion: to further promote the development of high-end equipment manufacturing industry.

Ma Xinqiang believes that only independent innovation can continuously break through cutting-edge and blank technologies and gain a firm foothold in international competition. Therefore, in his proposal of the two sessions, he hoped that the country could further increase the support for high-end equipment manufacturing industry, and gave some proposals: establish a national high-end equipment manufacturing technology research institution to coordinate relevant subjects for accelerating core technology researches; comprehensively promote and complete the fiscal taxation policy beneficial for industry development; support enterprises for  the cross-penetration of new technologies and high-end equipment manufacturing, on the basis of industrial clusters and innovation centers; open up the industrial chain and build an industrial ecosystem through the industrial organization role of large enterprises; promote industry restructuring and foster the large enterprises and large groups that own international competitiveness.

As a representative of the National People's Congress, Ma Xinqiang has repeatedly called for the advancement of the development of high-end equipment manufacturing industry in proposals. What is the reason for such "insistence"? It has to date back to the "Evolution History" of HG Laser Equipment Development for more than 20 years...

Start-up Stage: Learn from Others 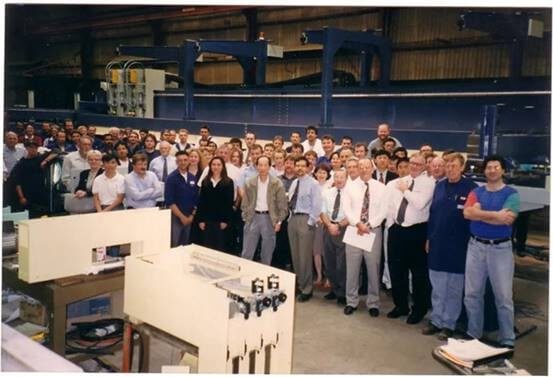 More than 20 years ago, when the application of laser technology in developed countries had "bloomed everywhere", in China, this "beam of light" was still in the stage of experiment in the laboratory. The transformation of scientific and technological achievements was slow and the scale of the laser industry was seriously insufficient. At that time, Laser processing industry accounted for less than 1% of the domestic processing industry.

In 1996, the developed countries could sell laser equipment for 7 billion US dollars. Facing that situation, the start-ups of HGTECH were amazed and determined to put their laser technology into production, which has been studied in the laboratory for more than 30 years, achieving industrialization.

In 1997, the "National Laser Processing Engineering Research Center" of Huazhong University of Science and Technology was transformed into Wuhan Huagong Laser Engineering Co., Ltd., with Ma Xinqiang as the general manager. Adhering to the market orientation, the company’s profits had increased by 392% after a year of combining production, education and research. The laser equipment produced by HGLaser had sold for 2 million yuan, representing the highest level in China.

In 1999, Huagong Technology Industry Co., Ltd. was established and listed on the Shenzhen Stock Exchange the following year, becoming the first listed company in central China with lasers as its main business. However, the core and key technologies of domestic laser equipment were still in the hands of developed countries, and the skills were not as good as others. The domestic market were still occupied with the influx of those well-known overseas laser companies.

In 2000, for domestic laser companies, it was costly and slow to achieve the accumulation of core technologies for research and development merely relying on their own exploration. HGTECH decided to import international advanced laser technology through overseas acquisitions. In the same year, HGTECH acquired the world's third-ranked laser cutting system manufacturer Australia ACS, and introduced the laser cutting and plasma cutting technologies of the two internationally renowned brands "Farley" and "Laserlab" into China, so as to quickly catch up with the advanced countries.

In 2004, after four years of progress and study, HGTECH produced the first high-power laser cutting machine in China.

In 2005, the first domestic CNC laser cutting machine developed by Huagong Technology was exported to North America, and overseas customers including Singapore and South Korea also came here for cooperation. In the same year, ORIENTAL, which was responsible for the Three Gorges generator, used the laser equipment of HGTECH to cut out the entire generator rotor yoke with a weight of 1,300 tons, reaching the international advanced level. 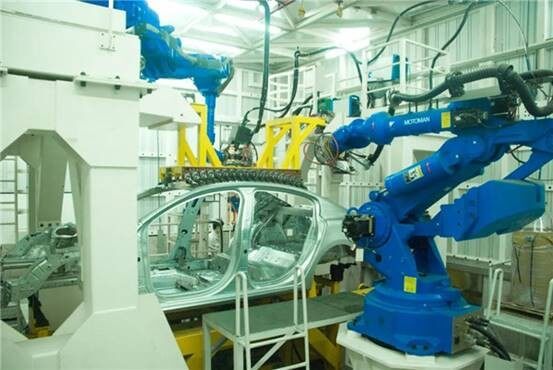 Although domestic laser equipment had opened up the international market, it had not yet broken the "integration" cycle. Ma Xinqiang realized that it was necessary to realize independent research and development of the core components of laser equipment such as light sources, and only continuous innovation could have the confidence to participate in the competition.

In 2008, HGTECH introduced high-end talents in fiber lasers area and established Raycus Laser, which was the first to realize the industrialization of lasers from low power to high power. In the early stage of product launch, HGTECH was willing to act as a "touchstone" and continued to improve product quality through close cooperation between the two parties. Today, Raycus laser fiber lasers are undoubtedly the "mainstay of domestic products".

In 2009, the introduction of ultraviolet laser experts, starting from scratch, and breaking through the difficult next step, produced the first domestic ultraviolet laser in 2010, equipped with "Chinese core" for high-end laser equipment. Once it was launched, foreign products quickly cut prices. From then on, Chinese people no longer need to purchase solid-state lasers at high prices from overseas. Since then, in the field of high-end lasers such as nanoseconds, picoseconds, and femtoseconds, HGTECH has made breakthroughs one by one.

In the same year, the state issued the Automotive Industry Adjustment and Revitalization Plan. HGTECH, Huazhong University of Science and Technology and Shenlong Automobile formed the "iron triangle", and jointly launched the first domestic body-in-white laser automatic welding production line. The stability, reliability and expansibility of the production line are beyond the foreign counterparts. Today,  HGTECH has a market share of approximately 90% in the field of laser welding of the automotive body-in-white.

In 2015, in collaboration with Huazhong University of Science and Technology, Shenlong, General Motors and many other car companies, the project of "High-quality and efficient laser welding and cutting key processes and complete sets of equipment in automobile manufacturing" participated by HGTECH was awarded the first prize of "National Scientific and Technological Progress". Relying on its excellent technology, HGTECH has entered into a Japanese car company that has stringent quality requirements. Laser welding a car in 43 seconds is the first time that it uses laser technology to weld a body.

In 2017, the MARVEL6000 series of a new generation of CNC fiber laser cutting machine was launched. The core light source is independently manufactured. The cutting speed and thickness are comparable to imported equipment, while the price is only half of the imported equipment.

In the same year, the "Industrial-grade picosecond/femtosecond laser key technology research and industrialization" project undertaken by the company undertook the national 13th five-year major research and development project won the excellent review project at the annual evaluation meeting organized by the Ministry of Science and Technology.

In 2018, the femtosecond laser made a major debut, and core components such as seed sources have been independently developed and manufactured. A full-screen cutting can be completed in 7 seconds, and the use cost is reduced by 40%;

Realize the independent research and development of the core components of the three-dimensional five-axis laser and cutting head, the price is only about 70% of the imported equipment. During the epidemic, the equipment was purchased by customers in large quantities for the production of Transit negative pressure monitoring ambulances. The current market share is the third in the world and the first in China;

In response to the needs of intelligent manufacturing, the laser equipment operating system was re-developed. The new generation of high-speed CNC system, FARLEY-ANCA, has independent intellectual property rights, giving full play to the power of "intelligent" manufacturing. 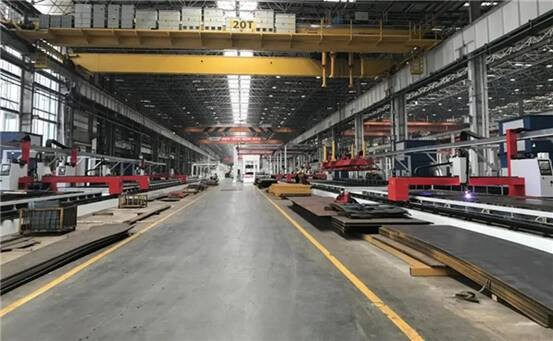 As early as 2010, HGTECH put forward a transformation strategy of "high-end manufacturing and service-oriented manufacturing" to increase the added value of products and extend the value chain.

In 2019, HGTECH established the Intelligent Manufacturing Business Headquarters, integrated its hardware and software resources of Huagong Laser and Huagong Subway, and empowered the transformation and upgrading of traditional manufacturing industries such as bridges, shipbuilding and construction machinery with the overall solution of "laser + intelligent manufacturing". It has created a number of demonstration model points for benchmarking smart manufacturing solutions, such as the first smart factory solution for the bridge industry in China and the first smart factory for the pipe fitting industry in China. Since January, orders for intelligent manufacturing of HGTECH have increased by 70% year-on-year.

From weak competitiveness to innovation and breakthrough to transformation and upgrading, the mission and resolution of HGTECH to serve the country has never changed; market-oriented and customer-centred direction has never changed.