HGLASER aims at the world standard and shoulders the historical mission. Focusing on practice and application, it represents China's laser level.

Li Zhengjia, as the witness of laser development, said, "HG technology and HGLASER are an incubator, which gave birth to the development of laser application and played a leading, demonstration and pioneering role in the country."

1. Start and aim at the world level

The title page of Chairman Mao's quotation reads: "the Chinese people have ambition and ability. They must catch up with and surpass the world advanced level in the near future."

HGLASER has been working in the laser field for a long time and has a better understanding of the situation at home and abroad.

The development speed of laser in foreign countries is closely related to the overall industrial foundation. In the 1980s, Tianjin Laser Institute, Shanghai Optical and Mechanical Institute, HunanZhuZhou vehicle factory and the first three laser cutting machines in China were imported from Farilai, Australia; Among them, the laser is from the United States.

In the early 1990s, Germany rushed to the front of the United States and Australia. Most of the equipment imported from China are from Germany and other European countries.

At that time, China's laser was facing the dilemma of weak domestic industrial foundation. In addition to the overall industrial environment, the second problem facing the company is the transformation of scientific research achievements, which is a systematic project.

After the listing of HGLASER in 2000, it established the strategy of "consolidating the enterprise foundation with product operation, expanding the enterprise scale with capital operation, and unswervingly taking the road of internationalization", which led the company to achieve rapid development.

Especially in the international market development, in the past, we were more traditional, and the ***chers of the engineering center began to worry about the acquisition of Australia company.

However, the later development proved that there was a huge market demand in China. Farilai had brand and technical advantages, which was good for building China's laser cutting machine and played a great role in promoting us to enter the international market. 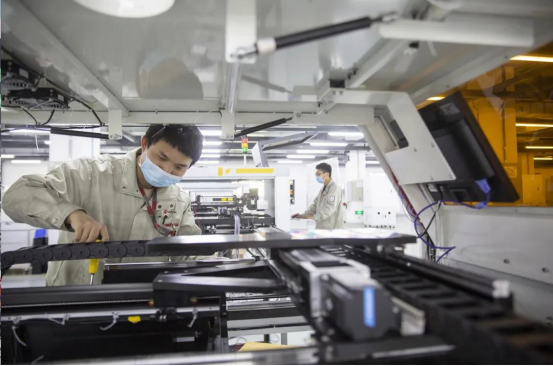 2. Transformation: the road of industrialization development

After 1978, the country further shifted to the stage dominated by economic construction. In the 1980s, it was proposed to coordinate the development of "industry, University and research", so as to turn scientific research achievements into productive forces.

As the National Engineering Research Center of laser processing, there are many obstacles in the existing system and mechanism to do industry, transform scientific and technological achievements, become the national ***m of laser industry and innovate.

For example, later, HGLASER acquired transnational and introduced advanced technology and products from Australia, which is an innovation.

Nowadays, with the vigorous development of new infrastructure, 5g, intelligent manufacturing and other industries are also glowing with new vitality and vitality.

The construction of 5g network is inseparable from laser technology. On the one hand, 5g base station is developing towards lightness and miniaturization. On the other hand, in order to meet the characteristics of high speed and low delay, mobile phone terminals also adopt new materials such as glass, which requires laser technology to meet its processing requirements of high efficiency and high quality.

Intelligent manufacturing is a key move to promote the transformation and upgrading of China's manufacturing industry. In the future, the laser industry will develop to "laser + detection + informatization + automation + intelligence".

We actively cut into new industries such as measurement, semiconductor assembly and intelligent manufacturing. Our products are also gradually transformed to "special machine + automation" and strive to build an automatic production line.

Generation after generation of pioneers of HGLASER led HGLASER company to step out of the school gate and open the road of market-oriented operation. The leading is not only the concept, but also the firm pace of moving forward.