Plasma cutting is a processing method that uses the heat of high-temperature plasma arc to locally melt (and evaporate) the metal at the workpiece notch, and uses the momentum of high-speed plasma to remove the molten metal to form the notch.

Because plasma cutting has great advantages in non-ferrous metal and sheet cutting, it is widely used in various industries. So, do you know the difference between it and traditional cutting? Today, let's make an analogy between CNC plasma cutting machine and laser cutting machine to help you better distinguish. 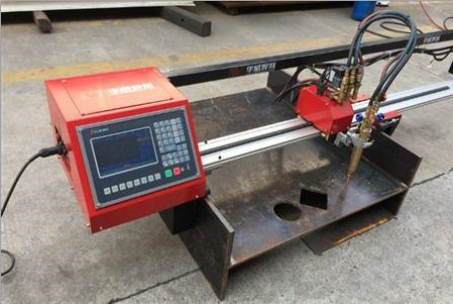 1. The difference between plasma cutting and traditional cutting

1) The heat affected zone of plasma cutting is relatively large and the cutting seam is relatively wide, which is not suitable for cutting thin plates, because the plates will be deformed due to heat.

3) Plasma has strong cutting ability and can cut relatively thick metal plates, but the precision is not high, the speed is not fast, and there is slag scraping, which basically needs secondary processing.

4) Laser cutting is only for thin plate processing, with high speed, accuracy of about 0.01mm, no slag scraping, basically one-time forming without secondary treatment.

3. The dimensional accuracy of cutting is twice that of ordinary plasma cutting.

7. The equipment investment cost and operation cost are only 1 / 4-1 / 10 of that of laser cutting machine.

The above content is a detailed introduction to the differences between plasma cutting and laser cutting. I hope it will be helpful to you.